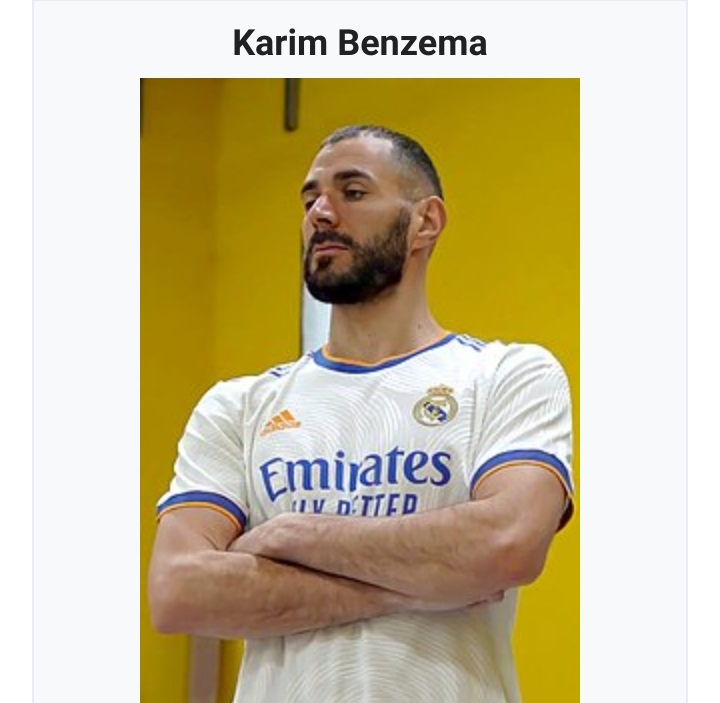 Born in Lyon to Algerian parents, Benzema began his senior career with hometown club Olympique Lyonnais in 2005, contributing sporadically to three Ligue 1 title wins. In 2008, he was named the league’s Player of the Year and in the Team of the Year having finished as the league’s top goalscorer and winning his fourth league title and first Coupe de France. In 2009, Benzema was the subject of a then French record football transfer when signed for Real Madrid in a transfer worth €35 million. After struggling to establish himself in his debut season, he eventually achieved a consistent goalscoring rate with the club, and notably went on to be part of a highly rated trio alongside Cristiano Ronaldo and Gareth Bale — dubbed BBC — who were integral to a period where Real Madrid won four UEFA Champions League titles from 2014 to 2018.

Following Ronaldo’s departure in 2018, Benzema transitioned from the false 9 position into a sole striker. His prominence in Real Madrid’s squad significantly increased, with him being named in the La Liga Team of the Season in 2018–19, 2019–20 and 2020–21, awarded the league’s Best Player in 2019–20 and winning the Pichichi Trophy in 2021–22. Captaining the team, his notable career-high performances during Real Madrid’s victory at the 2021–22 Champions League have been hailed as one of the finest individual campaigns in the competition’s history, in addition to winning the top scorer and player of the season. He has won 22 trophies with Real Madrid, including four La Liga titles, two Copas del Rey, and five Champions League titles.