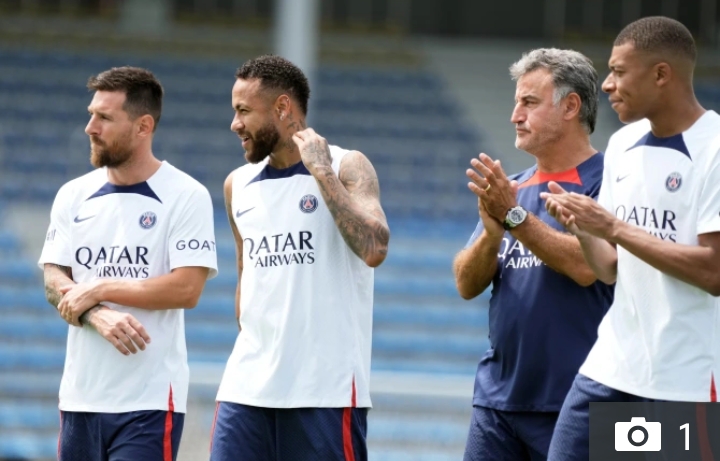 Messi, Mbappe and Neymar BANNED from using mobile phones at lunch as PSG boss brings in strict list of rules

SUPERSTAR trio Lionel Messi, Kylian Mbappe and Neymar have been BANNED from using their mobile phones during meal times.

Among the new rules is the now banned use of phones during breakfast and lunch meal times.

He has also told the group they must dine at the PSG training centre with the rest of the squad, except for on certain occasions.

Galtier has implemented this in order to create a better squad environment and “more conviviality” after already finding the group has its own cliques, with players going off and doing their own thing.

He has also told players to arrive at training between 8:30 am and 8:45 am, with anyone who arrives even a minute late to be ordered to go home, as reported by Record.

Similar rules have been implemented across the English Channel at Manchester United.

New boss Erik ten Hag has been busy laying the groundwork for this new-look United team, and it’s paid off so far with three wins from three in pre-season.

Players are also being encouraged to eat club-prepared meals rather than using personal chefs.

Like United, PSG have gotten off to a winning start in pre-season, with wins against Quevilly Rouen Metropole and Kawasaki Frontale.

Galtier previously pipped PSG to the Ligue 1 title when he was manager of Lille during the 2020/21 season.

Last season, he brought Nice roaring back into top four contention after a ninth-place finish under their previous boss the season before – narrowly missing out on a Champions League spot on goal difference.

The Frenchman’s preference is to use a 4-4-2, but how he will accommodate all of his Parisian squad’s attacking talent into such a system remains to be seen.