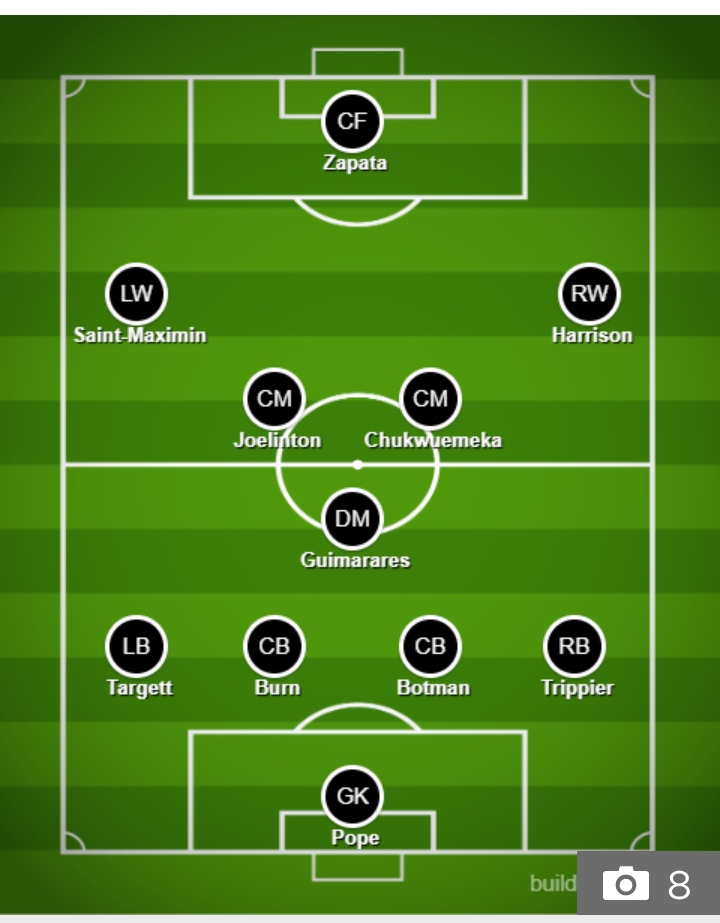 How Newcastle plans to challenge for Europe spot next season

Newcastle United are going to be the team to watch in the upcoming Premier League season.

Following their takeover last term, the Magpies are now the richest club in the Premier League while boasting real ambitions of challenging England’s elite in the years to come.

Eddie Howe’s side have endured a steady start to the summer transfer window so far with three new arrivals in the shape of Matt Targett, Sven Botman and Nick Pope.

However the hope is that there can be plenty more in the weeks to come.

Several players are being heavily linked with a move to St James’ Park, so with that in mind, talkSPORT.com takes a look at how the side could shape up this term.

Pope’s arrival from Burnley adds genuine competition for places in goal, with current number one Martin Dubravka also set to be challenging.

However the England goalkeeper’s arrivals surely puts him at the top of the pecking order.

Newcastle’s defence is unrecognisable to what it was before the January transfer window when Kieran Trippier, Dan Burn and Targett arrived at the club.

In midfield, Newcastle could have a fresh face in the mix after being linked with want-away Aston Villa youngster Carney Chukwuemeka.

The midfielder looks increasingly likely to leave Villa Park this summer and could slot into a rather impressive engine room that consists of Brazilian duo Joelinton and Bruno Guimarares, who looks set to be a star man for the Magpies this term.

Allan Saint-Maximin is undoubtedly the club’s main attacking outlet and is certain to start going into the new season.

Signing a winger is a real priority and Jack Harrison has regularly been linked with a move to Tyneside following his impressive displays with Leeds United.

While Callum Wilson is hugely reliable up top, his injury record means that the club are keen to add another option.

Atalanta striker Duvan Zapata is one of the names being linked, after impressing with 13 goals for the Serie A side last term.

Here’s a look at how Newcastle could shape up for the upcoming Premier League season.