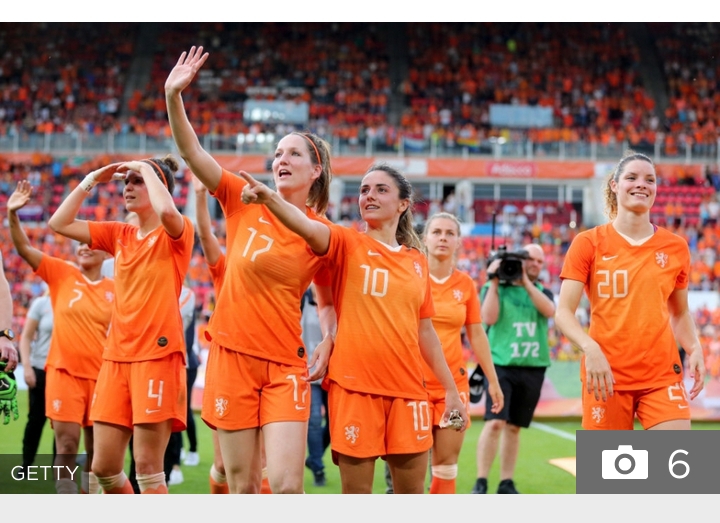 Germany Women will be looking to take a step closer to their ninth European Championship title when they face Austria Women in the Women’s Euro 2022 quarter finals on Thursday.

Meanwhile, Austria may go into the contest as underdogs, but they will be motivated to reach the semi-finals of the Euros for the second straight tournament.

Germany have only failed to win two of the 10 European Championships that they have competed at, and the record winners are looking set to challenge for the silverware this time around.

Martina Voss-Tecklenburg’s side cruised through the group stage, clinching three consecutive victories to set up a quarter-final against Austria.

Germany thumped Denmark 4-0 in the tournament opener before they ousted Spain via a 2-0 scoreline to secure top spot in Group B.

Although their place in the knockout rounds was confirmed, Germany remained professional in the final group game against Finland, with Sophia Kleinherne, Alex Popp and Nicole Anyomi all finding the net in a 3-0 victory.

With Germany yet to concede a goal in the tournament, they will be confident of negotiating a tricky quarter-final against Austria.

Meanwhile, Austria are experiencing another successful European Championship after reaching the semi-finals in their first-ever major tournament at Euro 2017.

After narrowly losing 1-0 to England in their opening game, Austria bounced back with a 2-0 win over Northern Ireland to reignite their hopes of a quarter-final place.

Irene Fuhrmann’s side required just a single point from their final group game against Norway, but they knew a defeat would result in an early exit.

However, Austria dealt impressively with the pressure on the shoulder by edging out Norway via a 1-0 scoreline thanks to a first half strike from Nicole Billa.

Although they may enter their quarter-final tie against Germany as the underdogs, Austria can draw inspiration from the fact they have won nine of their previous 11 matches.

Despite scoring against Finland, Kleinherne is expected to be replaced in the Germany side, by Felicitas Rauch who will return to slot in a left-back after serving a one-match suspension.

Lena Oberdorf also served a one-match suspension due to yellow card accumulation, but the Wolfsburg player is set to feature in the starting lineup against Austria.

Voss-Tecklenburg will be hoping Lina Magull is available to start the quarter-final tie after missing the victory over Finland due to a thigh injury.

As for Austria, they are hoping that Viktoria Schnaderbeck can overcome a knee problem to continue her centre-back partnership with Carina Wenninger.

If Schnaderbeck is fit enough to take her place in the side then Fuhrmann could name an unchanged lineup for Thursday’s quarter-final.

After missing the final group game due to COVID-19, Katharina Naschenweng is set to return to the squad following a negative test.

Based on this Analysis, we are predict Germany to win this match.
Possible correct score: 2-0 or 2-1